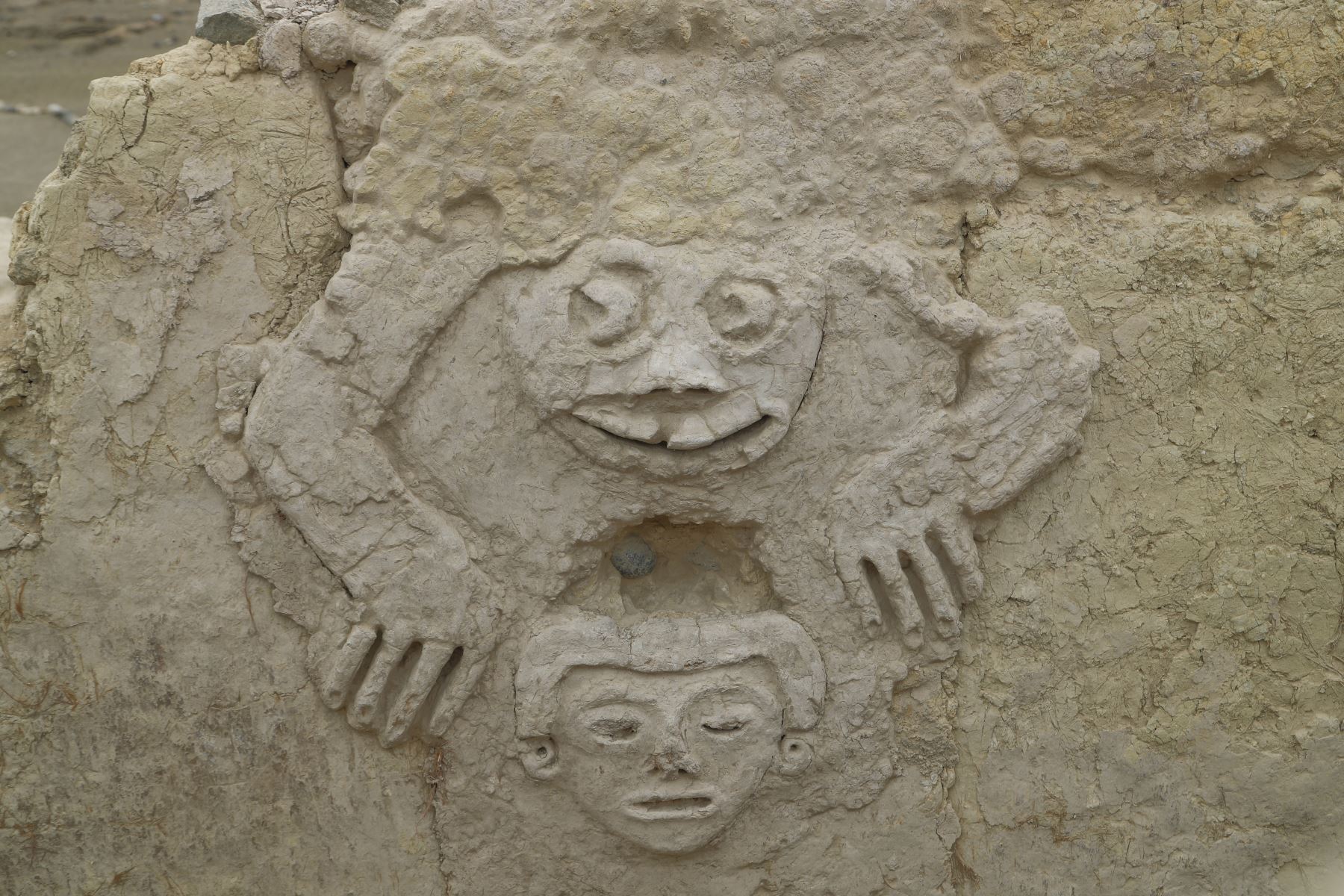 New friezes have been unearthed in Vichama, a late site of the Caral culture, situated on the outskirts of the Vegueta cove, near Huacho. The mural depicts the water problem in ancient times.

One of them is the head of a toad with anthropomorphic hands, whereas the other —found underneath— is the head of a dead man. According to Dr. Ruth Shady, director of the Caral Archaeological Zone, this is a warning about climate change, which occurred on a global scale.

It must be noted that Vichama was occupied as early as about 1800 BC, and was abandoned around 1500 BC. Vichama extends to 136 hectares and is located at kilometer 159 of the former Pan-American Highway. In statements to Andina news agency, the researcher said that while the friezes were being made, remote places such as cities in Mesopotamia were facing shortages. «You have to go to Vichama, this is a message that we need to understand nowadays,» Shady said.

This new finding occurs within the same context of last year’s discovery of friezes, in which snakes are seen running through the heads of deceased people until they reach a seed. The archeologist explained that both snakes and toads represent water in the Andean culture.

She stressed that both the toad and the recently discovered head have particular eyes. The toad shows pupils pointing east, while the human face has one eye —the one on the east side— open and the other closed.

The specialist stressed that the Andes mountain range is to the east, whose rivers provide water for coastal valleys.